How to Maintain Loyalty in the Age of Hybrid Working 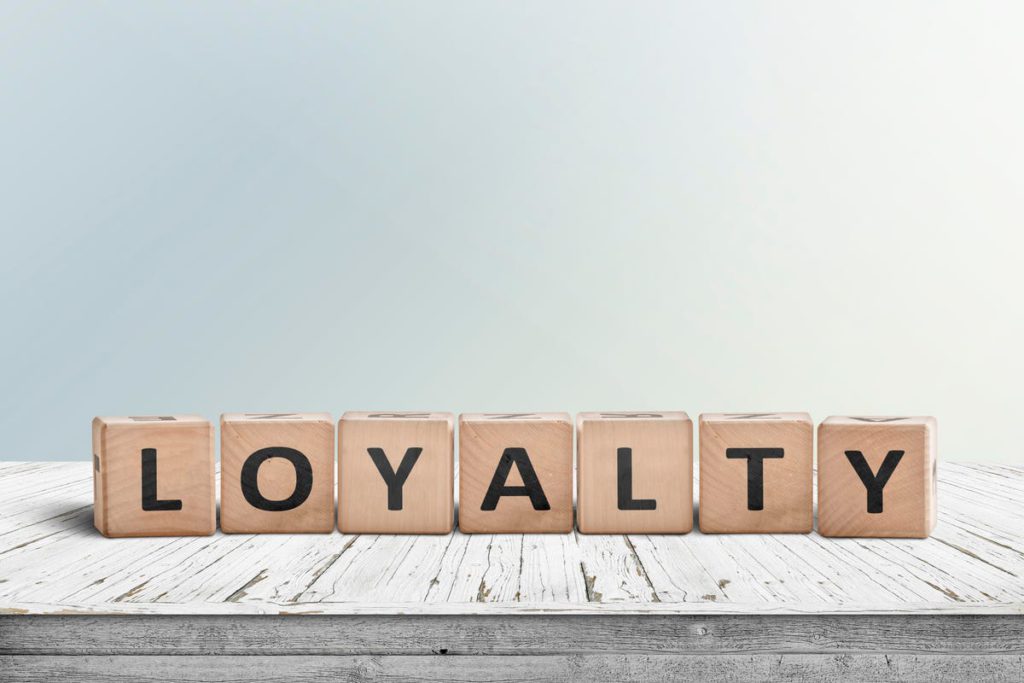 “The end of loyalty has been a long time coming”.

So begins a recent report from the World Economic Forum, which outlines the fact that even before the Covid-19 pandemic, loyalty to employers has been in steady decline.

Such decline is due to a combination of factors, including stagnant wages, and a greater tendency for millennials to ‘job hop’.   As the report states,  “the oldest of this cohort, now 40, has never been able to rely on loyalty from employers.  They graduated during the financial crisis… and discovered that mobility – rather than company allegiance – was the key to increasing pay and expanded opportunities”.

It seems, therefore, that the ‘Great Resignation’ is less of a pandemic-induced phenomenon, and more of a direct response to concerns that had already been quietly escalating in the background.

Flexible and hybrid working have been feted as the best methods to help employees balance work with their family and social lives – a growing concern that was exacerbated during the pandemic.

Yet with employees spending less time in the office, and with reduced scope to interact with colleagues both in and out of work, is hybrid working also exacerbating the issue of reduced loyalty?

“As hybrid becomes the norm… loyalty may diminish”

In an article for the Financial Times, Emma Jacobs outlines that workers spending less time together will reduce in weakened social ties, and therefore a weakened attachment to their employer, as “the bonds with friends and family strengthen”.

The article also highlights the fact that flexible working patterns actually increased loyalty pre-pandemic, but only because back then, it was a “privilege for the favoured few”.  As hybrid working becomes the norm rather than a rare privilege, employees may not feel they owe their employers loyalty in return for greater flexibility.

It could seem, then, that the answer for organisations concerned about loyalty lies not in offering greater flexibility, but in demanding their staff return to the office, and to a ‘traditional’ 9-5 working day.

Yet with a report from Microsoft stating that more than half of UK workers would be prepared to quit their jobs if hybrid working was axed, forcing employees back to the office could well result in a mass exodus.

How to strengthen the employer/employee bond

In her article, Emma Jacobs suggests that some employers will adapt to the new age of hybrid working by “putting resources into recruitment and alumni networks, as well as job crafting – changing the scope and tasks of a post to fit employees’ ambitions”.

A survey by the World Economic Forum concludes that organisations’ “first line of defence” is the need to address employees’ foundational needs: safety, health, and freedom from worry.  This can be achieved by offering competitive wages, promoting genuine flexibility, and reinforcing purpose and culture.

Ensure fairness as well as flexibility

Maintaining a level playing field is vital in the age of flexible and hybrid working.  In an article for HR Review, Brian Kropp, Chief of HR Research at Gartner, points out that some organisations have “failed to adapt (their diversity, equity and inclusion initiatives) for hybrid work”.

As an example, Gartner’s research showed that some wrongly perceive office workers to be higher performing, and reward them with promotions and pay rises, which unfairly impacts remote workers.

Creating social and emotional connections between colleagues, that don’t depend on a structured office environment, could also be the key to reinforcing loyalty for some organisations.

This is a growing idea that communication platforms have latched onto, such as Slack, which offers a range of apps that help build culture and increase engagement within companies.

Commitment and communication are key

Just like any valuable long-term relationship, the bond between an organisation and its employees will take commitment and perseverance to maintain.

Whichever working model they choose to adopt, organisations should continue to communicate regularly with their employees, developing emotional attachments that are likely to foster a sense of loyalty, and that the CIPD advise will promote “happier, healthier, and more fulfilled employees (who are) likely to deliver better performance, services, and innovation.”

If you would like some guidance about how to increase loyalty within your organisation, please get in touch with our qualified and experienced team at Viridian HR.