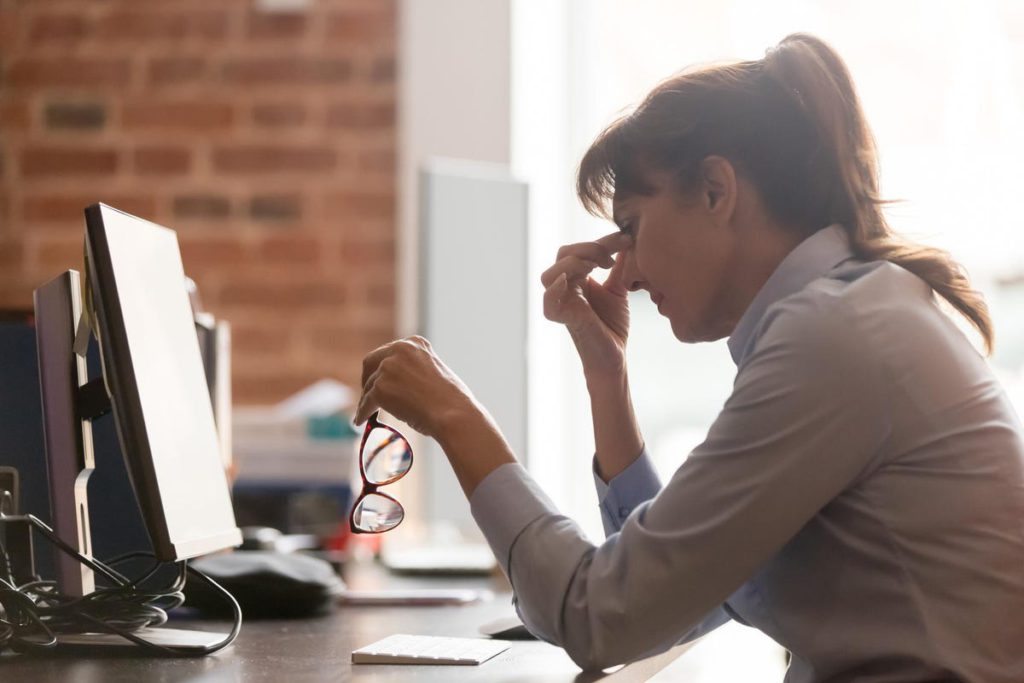 It used to be an ‘embarrassing’ subject that nobody wanted to acknowledge.  Yet these days, it seems anybody who’s anybody is talking about menopause.

Global celebrities, including Michelle Obama and Gwyneth Paltrow, have recently opened up about their personal experiences.  Meanwhile, in the UK Davina McCall’s acclaimed documentary, Sex, Myths and the Menopause, aimed to “bust midlife taboos” for women.

But there remains one place in which open and meaningful conversations about menopause are not generally encouraged.

In 2019, a survey by Bupa and the CIPD concluded that the majority of working women between the ages of 45 and 55 who experienced menopausal symptoms said it had had a “negative impact on them at work.”

Shockingly, the survey also estimated that close to a million women had left their jobs due to these symptoms, the most common of which were reported as feeling less able to concentrate, experiencing more stress, and feeling less patient with clients and colleagues.

Reflecting these findings, an inquiry into menopause and the workplace was launched in July by the House of Commons Women and Equalities Committee.  Its chair, Rt Hon Caroline Nokes MP, commented that “it is time to uncover and address this huge issue, which has been left near-invisible for far too long.”

Women over 50 are the fastest growing workforce group, and the average age for the menopause transition is 51.  So it makes sense that employers should do more to facilitate the right support for this potentially transformational time.

Particularly when not doing so leaves them increasingly open to claims for unfair dismissal and direct sex discrimination.  During the first half of 2021 alone, there were ten employment tribunals that referenced the claimant’s menopause (there were five in 2018, six in 2019, and 16 in 2020.)

Employers who lag behind the times support-wise could also find themselves on the losing side of the talent war that has plagued the employment market since lockdown took hold.  A recent article for Wired terms this ‘The Great Resignation’, in which talented workers are “heading for the exit doors in their droves.”

But what support should employers provide, and how can they encourage open conversations about something that, at one time or another, affects half of the global population?

How does menopause affect women at work?

Providing workplace support for menopause would no doubt be much easier if the symptoms were easily recognisable, and the same for every woman.

However, some women hardly experience any symptoms at all, while others face debilitating episodes of “brain fog, anxiety and depression” that can severely affect their confidence and performance at work.

The NHS has published a list of common menopause symptoms, which include hot flushes, headaches, joint stiffness, palpitations, and difficulty sleeping.

Although some of these symptoms can last for as many as four to 12 years, some women will not immediately recognise them as relating to the menopause, while others are reluctant to talk about them.

Some report feeling too embarrassed, or that they will be mocked by colleagues with outdated or misinformed attitudes, as The Guardian reported in August.  In the illuminating article, one 51 year-old woman said that “every mistake I made… people would say: ‘Oh, you must be in the menopause.’”

What can employers do to provide the right menopause support?

The CIPD has provided an extensive collection of resources to help organisations of all sizes support women through the menopause.

A key consideration is to “create an open, inclusive and supportive culture”, by reviewing current policies and procedures, encouraging honest discussion, and developing a supportive framework that recognises and supports employees experiencing menopause.

You could even consider hosting bespoke events, such as a ‘Menopause Café’, a dedicated initiative designed to get people of all ages and genders openly discussing menopause over tea and cake.

Even small changes can be effective, such as offering a fan when needed, and emphasising access to flexible working.  Changes like these, say the CIPD, “can make a big difference to how women manage their symptoms and thrive in their jobs.”

If you have any questions, or would like some help reviewing your company policies and developing a clear framework of menopause support, please get in touch.