Is Your Organisation “Age Inclusive” 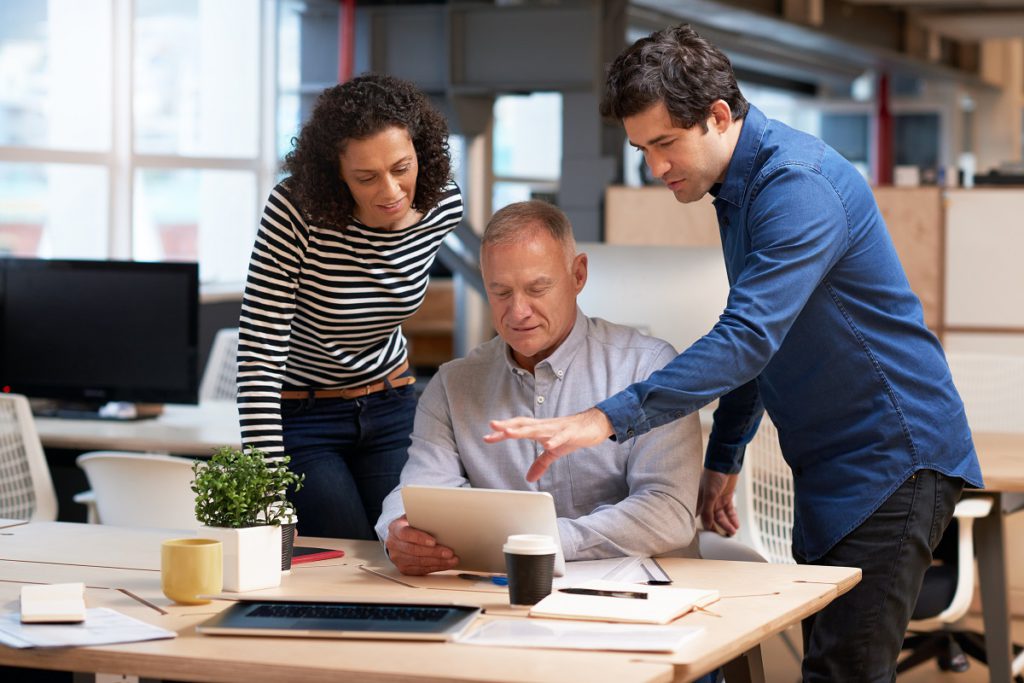 Some fascinating age-related facts were shared recently, in an episode of BBC Radio Four’s Rethink Population: Getting ready for the 100-year life.

Not only is the global population rise now accredited to ageing rather than new births, but in the 10 years before Covid hit, 100% of employment growth in G7 countries came from the over-55s.

Shared by Professor Andrew Scott, author and Professor of Economics at London Business School, this second fact was so startling that Amol Rajan, the show’s presenter, asked him to repeat it.

Helping young people secure the skills they need to thrive in the jobs market has long been considered a priority, hence the UK’s increased investment in apprenticeships over recent years.  With short-term jobs funded by the government, the Kickstart Scheme also “offer(s) exciting opportunities for young people to gain valuable work experience”.

The Office for National Statistics has reported that, in October to December 2021, the number of job vacancies “rose to a new record of 1,247,000”, which means helping people to learn and develop useful skills seems a sensible response.

Yet with 790,000 people aged between 50 and 64 actively seeking work (or are inactive but would like to find work), focusing solely on young people could see many organisations miss out on securing valuable, not to mention experienced, talent.

Are “older workers” the key to our staffing crisis?

Many workers over 50 (a group commonly referred to as “older workers”) left the labour market during the pandemic.  Some were made redundant, some decided not to return after being furloughed, and some simply stopped working altogether.

An article for inews states that “older women in particular (were) affected, which could indicate that they have stopped working because of caring responsibilities or because they often worked in lower-paid, poor-quality jobs and voted with their feet.”

If this is the case, and considering the 100% G7 employment growth statistic put forward by Professor Andrew Scott, it is bad news for the UK economy, which will need more, not less, active older workers in order to thrive.

“It is more important than ever for employers to be committed and proactive in building age-inclusive workforces.  Otherwise, they will risk missing out on all the advantages a multigenerational workforce has to offer.”

(Good Recruitment for Older Workers: A Guide for Employers)

According to the CIPD, over 36% of 50-70 year-olds say they “feel at a disadvantage when applying for jobs due to their age”.  Yet recruiting inclusively “is a win-win for everyone”.

Organisations are therefore advised to analyse their recruitment policies carefully, checking that they do not discriminate against older workers either directly or indirectly.

Language matters: in January 2022, one of the UK’s largest insurers pledged to ban words including “energetic” and “enthusiastic” from their recruitment ads, as they could be seen to deter people over 50 from applying for roles.

In their report about older workers’ experiences of flexible working, the charity Age UK recommends that the government set a “longer-term objective for all jobs to be ‘flexible by default’.  This would address “many of the barriers faced by older workers”, such as additional caring responsibilities.

However, such flexibility must be genuine, for example inclusive of flexitime and compressed hours, instead of pure remote-working.  The Age UK report also highlights the fact that often, employers claim to offer flexibility “when they really mean flexibility for them, not their employees or workers”.

Some organisations have focused on recruiting and retaining older women by highlighting the potential impact of menopause.  In 2021, Timpson became the first UK company to pay for HRT prescriptions for staff, while Asos offers flexible work and paid leave during menopause.

Saga, a company that specialises in insurance and products for the over-50s, recently announced a new policy of ‘grandparents leave’, under which employees can take a paid week off to celebrate the birth of a grandchild.

Let’s not forget that being age-inclusive has benefits that go far beyond attracting and retaining older workers.

According to a recent YouGov study, 79% of employers in England state that older workers could help in knowledge and skill-sharing, meaning that “far from being in competition with each-other, different age groups working together can help businesses thrive and individuals learn”.

If you have any questions or comments about age-inclusivity in your organisation, or would like to review your current policies with a qualified HR professional, please contact our friendly and experienced team.